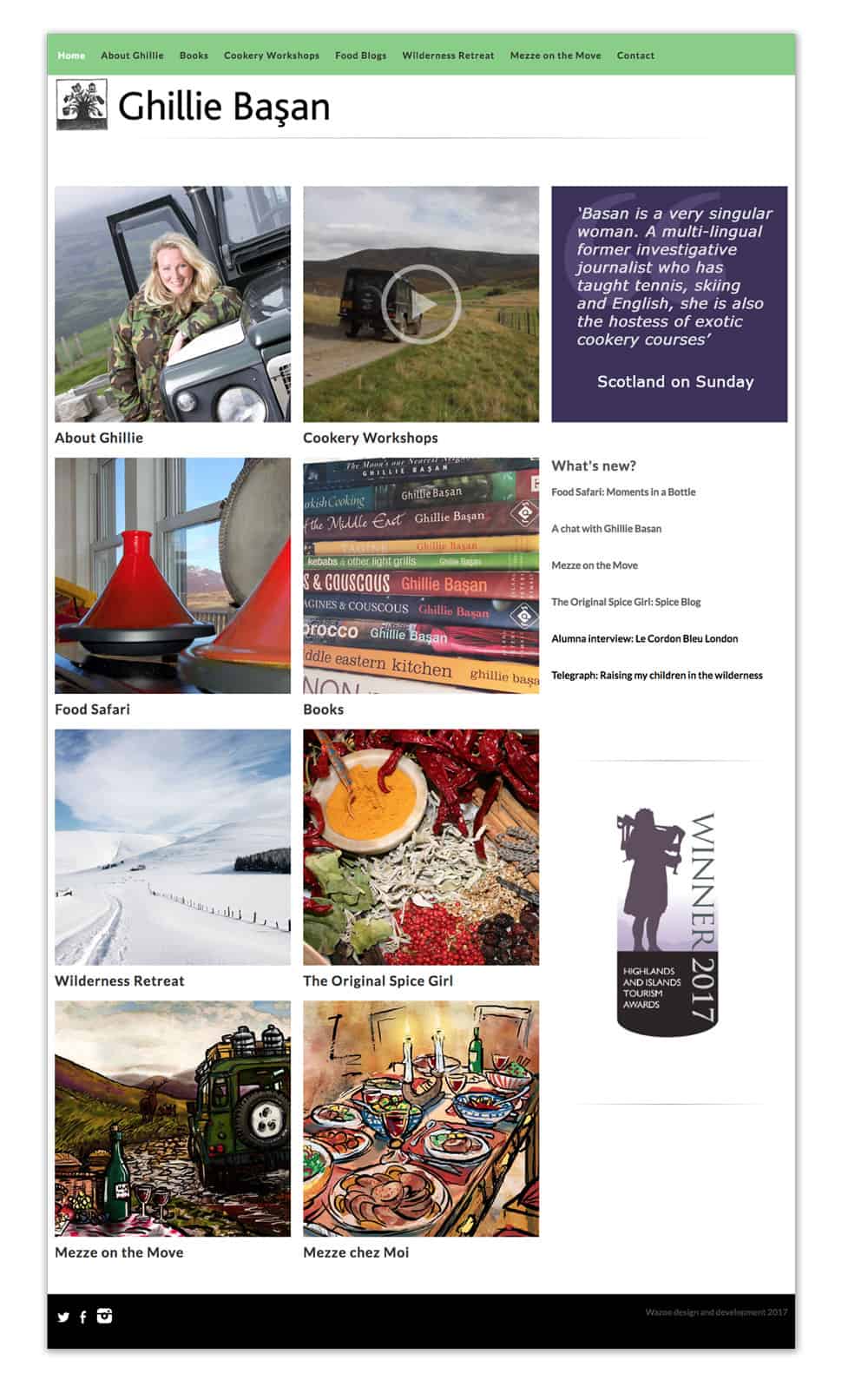 Writer, broadcaster, and food anthropologist, Ghillie Basan has been dubbed The 'Original Spice Girl' and 'World Food Expert'. Her informative and internationally acclaimed books have been nominated for the Glenfiddich, the Guild of Food Writers, and the Cordon Bleu World Food Media awards; they have appeared regularly in the 'Best of the Best' and 'Top 50' lists; and she has been described as one of the 'finest writers on Middle Eastern food'.

Her food and travel articles have appeared in the Sunday Herald, Scotland on Sunday, the Sunday Times, the Press & Journal, BBC Good Food Magazine, Taste Turkey, Eatinmagazine, Diet & Nutrition USA, and various internet sites and magazines. She has also been short-listed 'Pasta Journalist of the Year' and is a member of the Guild of Food Writers.